Nathan Smart Debuts New Single “You Ain’t Got Me”

On the process of making the song, Nathan Smart says: “I was in a studio session mid last year working on a dark pop song. Once I found the chords, I started a voice memo on my phone and pretty much improvised the melody and lyrics in a few takes - it all came really naturally.”

Watch ‘You Ain’t Got Me’: http://hyperurl.co/yagmvideo

Hustling from Melbourne’s Mornington Peninsula, at just 19 years old Nathan Smart is a musical powerhouse. Beyond his talents as a singer/songwriter and producer, instilled is a reputation for meticulously crafting visuals to accompany his Pop/Hip-Hop crossovers.

Callum Hawthorne reveals debut album ‘No Strings On Me’

Melbourne's Baddest Bitch is Back with Breakup Anthem 'Forget About Us'

Pop, Dance and Fashion fuse in Callum Hawthornes explosive debut Release 'I Do It Confident' 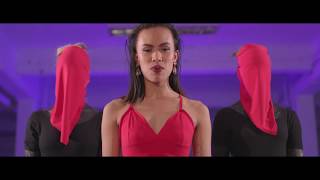